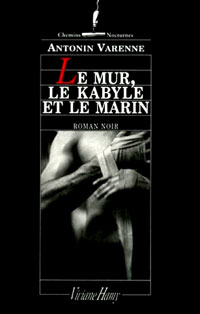 This detective novel with no detective was inspired by a confidence Varenne's dad told him as he passed away. It is the story of proletaires French youths sent to do their military service in Algeria and finding themselves face to face with their comrades who unflinchingly practiced torture as ordered by their hierarchy.

In this novel, as with Fredy La Rafale by Mohamed Benayat, it is a French guy, The Wall (Le Mur), a boxer, who is sort of hired to help carry out retribution.

The Wall, the Kabyle and the Sailor tells the story of French soldiers who refused to obey orders to torture Algerians during Algeria's war of independence against France, how they developed complex war-friendships with Algerian inmates, and how they left Algeria completely traumatised by what they had witnessed, spending the rest of their lives trying to forget.

But Algerians never forget, and in this novel, Le Kabyle returns to seek vengeance. And he smashes it. Pow!